i am an adult – Officially Old

This is a completely true story. Could NOT hear the Ramones on the radio a few months ago while everyone else in the car could. How embarrassing. 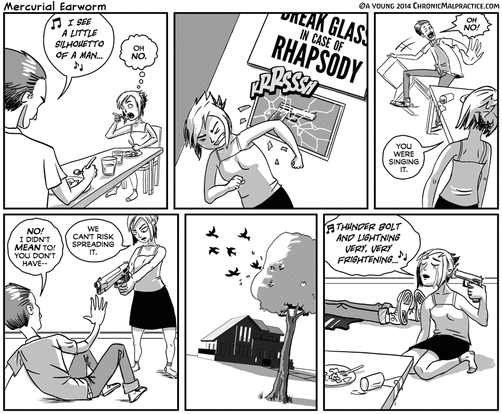 Having Bohemian Rhapsody stuck in my head gives me a killer headache.

In other news, Denver Comic Con is in 4 days! That’s why there was no comic last week, so to make up for it I made this double length strip!

I’ll be at booth A18 this Friday through Sunday with some pals. I do hope you’ll come visit! There will be more buttons and comic books than last year and all the hugs you can stand! 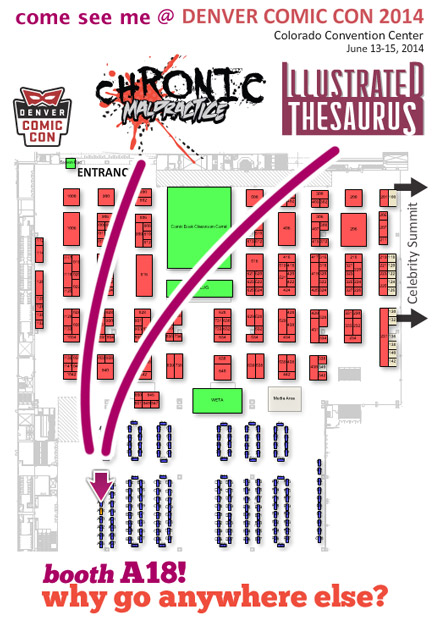 The 3 Stages of Smooth McGroove

When I was first looking at Patreon and deciding whether or not to join I saw a link to Smooth McGroove’s page right there on the front of the site.

I will just say this: if you are a video game fan, you would be doing yourself a disservice by not watching his videos.

A couple of weeks ago on Twitter Kris Straub posted some of those silly formspring questions. This one (below) reminded me that I had some ideas which would fit perfectly in the chainsawsuit style.

Man, I wish someone would do a parody of my stuff. I think that good, strong parody, even when cruel, indicates a level of attention paid or care that is rare. It really is about distilling the most familiar traits of a thing, then putting them on display in a clever way. It’s an essay. It’s a form of criticism, which can be corrective or supportive. No one has done it to me, I think, because no one thinks enough of my work.

I’m not quite sure if this is parody or not as, from my point of view, it would fit right in on his site. If I had drawn it better. It is pretty obvious that I didn’t practice drawing in that style, but I figured, “they’re just fat stick figures and I’m decent at them!” My linework could be a bit thicker, but I have terrible anxiety about drawing thick lines. Any time the line became thicker (due to the pressure-sensitivity) I screamed a bit in my head and erased.

└ Tags: food, music
Comments Off on Kraft On Parade