Twerking On The Railroad

This cracks me up to no end! Thank you so much for stopping by 😀

Domestic problems are so adorable when they’re drawn like this! 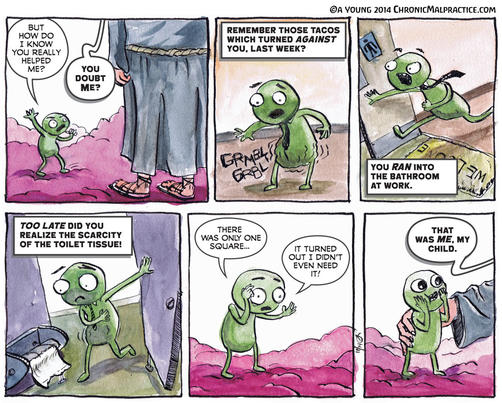 Based on the true-life story of Doubting Thomas who really needed a clean break, and lo were his prayers answered.

New baby is keeping us busy, plus comic con prep, so this is a short post.

Thanks for stopping by!

All The Words For Waste 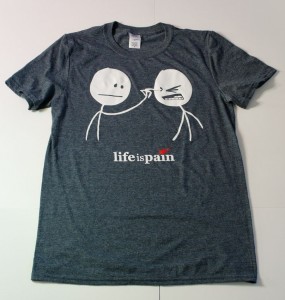 While working on some Illustrated Thesaurus comics I came across some very interesting synonyms.

Thanks for stopping by! I’d like to point out that my first week after joining Patreon has been amazing! You have supported me at $40 a month! Thank you so much!

You could be reading/have already read next week’s comic! It’s up there for amazing people who support these comics by pitching in ONE dollar a month! Spread the word and pitch in a dollar and you’ll get more comics than you can handle!

└ Tags: butts, doctors, guns, people who are bad at their jobs, yelling

I really enjoy these comics where someone is just sitting or standing and confessing to the viewer.

I am so behind for Denver Comic Con. How would you like me to torture myself by preparing something new for the convention? Let me know. My email’s in the FAQ.

How To End The Party

To clarify: that is his ‘spit attack.’

Thanks for stopping by! Hope you enjoyed your stay 😉

Yell Gently Into That Abyss

Made this one on watercolor paper.

I hope you enjoy it.

Did you know that there is a store? Check it out!
This shirt below is pretty popular.

This is how to do coffee.

A stick figure comic today to celebrate my Indiegogo campaign! If you haven’t noticed, I love drawing stick figures. I’ve practiced a bit over the years.

Head over to the campaign page and tell your friends! Or your enemies. You don’t know their tastes, maybe they’ll really like my work. The project is currently sitting at $285 and it needs every bit of support you can give. Whether that’s spreading the word or pledging, it will help a ton!

As usual, thanks for stopping by! 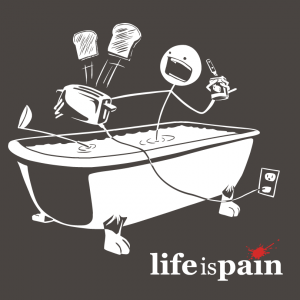 Flatulence At The Country Fair

Like most of the webcomic community, I’ve been watching Strip Search. The best episodes have been the elimination episodes, where we finally get to see the artists make some comics.

If you haven’t been watching, two artists get put up for elimination at the end of each day-which is covered every 3 episodes. The two artists each pull an idea out of a magic trash can full of ideas, then they each create a comic that somehow incorporates the two topics.

Every time I see one of the episodes I think, “I should pause this once the ideas are shown, then go create my own comic.” The pressure of “the competition” won’t be there, but I could at least set myself the same time limit.

So, on Friday when the new episode was released, the two ideas were FLATULENCE and COUNTRY FAIR. After the ideas were revealed, and before I went to look at the spoilers to see the comics produced, this comic is what I conceived. I didn’t give myself a time limit, though. I just wanted to produce it. I estimate it at 4 hours. Next time, though…

Whoa, this one got a little bit out of hand in the length department. I hope you enjoy it while I wait for my refund on this clearly expired plastic lemon juice.

I mean, really. Is it so hard to obey the law and have a few other people in the car touching your naked body? How hard is it?

I Am An Adult – Memories

Buy One Get One

I’m pretty sure bees don’t look like that.
Some guys just can’t catch a break. 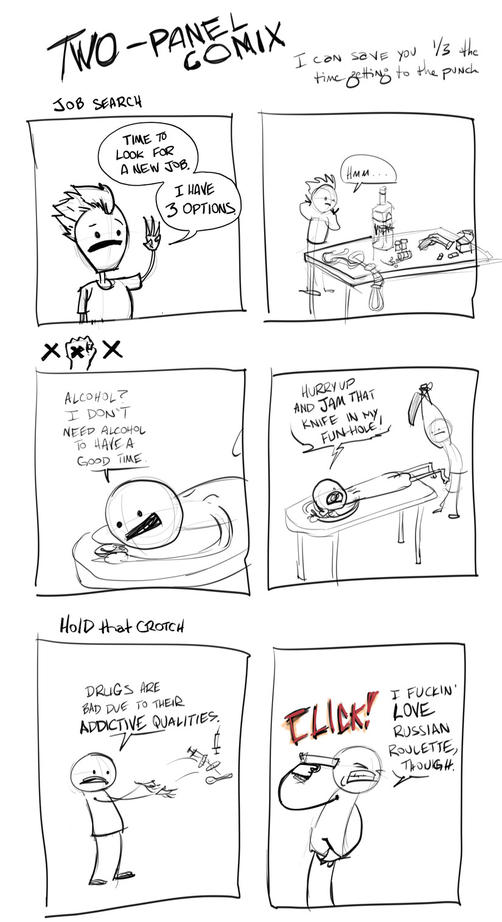 Not only did I save you time in reading these comix, I saved time drawing them by only “inking” the first panel. Tried to do this one as fast as I could in Sketchbook Pro. I thoroughly enjoy that program for drawing in.

My favorite part is the guy grabbing his crotch.

If you missed that part. You know, while he plays RR. The cool kids don’t have time for all those extra syllables.

There’s no excuse for this.